Algorithmic trading is a method of executing orders using automated pre-programmed trading instructions accounting for variables such as time, price, and volume.

What is Algorithmic Trading?

Algorithmic trading is a process for executing orders utilizing automated and pre-programmed trading instructions to account for variables such as price, timing and volume. An algorithm is a set of directions for solving a problem. Computer algorithms send small portions of the full order to the market over time.

Algorithmic trading makes use of complex formulas, combined with mathematical models and human oversight, to make decisions to buy or sell financial securities on an exchange. Algorithmic traders often make use of high-frequency trading technology, which can enable a firm to make tens of thousands of trades per second. Algorithmic trading can be used in a wide variety of situations including order execution, arbitrage, and trend trading strategies.

The use of algorithms in trading increased after computerized trading systems were introduced in American financial markets during the 1970s. In 1976, the New York Stock Exchange introduced the Designated Order Turnaround (DOT) system for routing orders from traders to specialists on the exchange floor. In the following decades, exchanges enhanced their abilities to accept electronic trading, and by 2010, upwards of 60 percent of all trades were executed by computers.

Author Michael Lewis brought high-frequency, algorithmic trading to the public’s attention when he published the best-selling book Flash Boys, which documented the lives of Wall Street traders and entrepreneurs who helped build the companies that came to define the structure of electronic trading in America. His book argued that these companies were engaged in an arms race to build ever faster computers, which could communicate with exchanges ever more quickly, to gain advantage on competitors with speed, using order types which benefited them to the detriment of average investors.

In recent years, the practice of do-it-yourself algorithmic trading has become widespread. Hedge funds like Quantopian, for instance, crowd source algorithms from amateur programmers who compete to win commissions for writing the most profitable code. The practice has been made possible by the spread of high speed Internet and the development of ever-faster computers at relatively cheap prices. Platforms like Quantiacs have sprung up in order to serve day traders who wish to try their hand at algorithmic trading.

Another emergent technology on Wall Street is machine learning. New developments in artificial intelligence have enabled computer programmers to develop programs which can improve themselves through an iterative process called deep learning. Traders are developing algorithms that rely on deep learning to make themselves more profitable.

Advantages and Disadvantages of Algorithmic Trading

Algorithmic trading also allows for faster and easier execution of orders, making it attractive for exchanges. In turn, this means that traders and investors can quickly book profits off small changes in price. The scalping trading strategy commonly employs algorithms because it involves rapid buying and selling of securities at small price increments.

The speed of order execution, an advantage in ordinary circumstances, can become a problem when several orders are executed simultaneously without human intervention. The flash crash of 2010 has been blamed on algorithmic trading.

Another disadvantage of algorithmic trades is that liquidity, which is created through rapid buy and sell orders, can disappear in a moment, eliminating the change for traders to profit off price changes. It can also lead to instant loss of liquidity. Research has uncovered that algorithmic trading was a major factor in causing a loss of liquidity in currency markets after the Swiss franc discontinued its Euro peg in 2015. 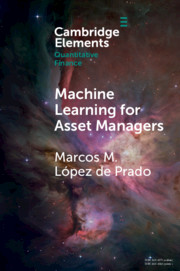